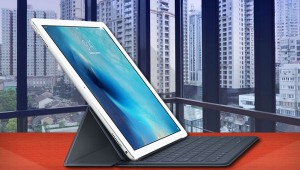 Global demand for tablets continued a year-long slide, as shipments fell for the fourth consecutive quarter amid signs of market saturation in North America, Asia and Western Europe, IDC noted in a report released Thursday.

Worldwide shipments fell 12.6 percent year-over-year to 48.6 million during the third quarter, according to IDC’s Worldwide Quarterly Tablet Tracker. The installed base of tablets at the end of 2014 was 581.9 million, a 36 percent increase from the prior year, but there are signs that growth will slow down soon.

There are more than 100 million active tablets in each of the three major markets, IDC estimated, and there are fewer new markets to penetrate.

Tablet owners are holding onto their devices for about four years, the firm reported. However, the increased size of smartphones is making the need for smaller form factor tablets obsolete.

It’s likely that sales of detachable devices will increase dramatically over the next 18 months; the category represents only about 1 percent of the current tablet market.

“For detachables, I think there will be a lot of winners,” said Ryan Reith, program director for mobile device trackers.

“For the traditional PC OEMs (including Dell, HP and Lenovo) this will be the main focus point, as they have clearly seen traditional laptops slow down,” he told the E-Commerce Times.

“Laptop PCs are not dead, but as the worlds of traditional computing and mobility continue to converge, the obvious silver lining for them, in terms of form factor, will be detachables,” Reith said.

Microsoft is hedging its bets in the category with the Surface and the Surface Pro, while Apple is moving into the detachable segment with the new iPad Pro it unveiled last month in San Francisco, he noted.

Tablet users have been able to substitute larger smartphones to replace many of the functions of their older tablets, making replacement purchases unnecessary, observed Rob Enderle, principal analyst of the Enderle Group.

“For many, their phone is now good enough, and they already replace their device every 24 months,” he told the E-Commerce Times. “Finally, the improvements in the tablets themselves aren’t that compelling — so they can’t by themselves drive a replacement cycle.”

At the same time that smartphones are pressuring tablet sales, laptops have become much lighter and have gained drastically improved battery life, noted Enderle, so they have negated much of the demand for tablets among heavy business users.

Tablet demand is getting “pinched on both ends,” said Rebecca Wettemann, VP of research at Nucleus Research.

Tablets are losing ground both “from phones that can do more and have larger real estate, in some cases, and more laptops that can function as tablets as well,” she told the E-Commerce Times, such as Microsoft’s Surface Book.

“The segment is now in danger of a full collapse and becoming redundant,” said Enderle, “as a result of folks looking at smartphones and PCs to better fulfill their mobile needs.”