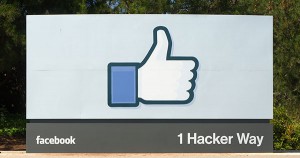 Facebook recently launched a service for members that provides recommendations and ratings on shops and service providers, a move that puts it in direct competition with Yelp.

Users can leave references on the site detailing their experiences with certain merchants or service providers. Maps also are available.

It’s not immediately known whether Facebook will offer discounts coupons for local merchants.

Yelp appears to be the main target of the new service.

The company, founded in 2004, provides reviews for Web surfers on their home computers or mobile devices, boasting a monthly average of 89 million unique mobile visitors during the third quarter.

“Yelp is an obvious target for Facebook’s strategy, along with smaller players like Angie’s List,” said Charles King, principal analyst at Pund-IT. “But Facebook’s deep roots among users in thousands of communities make this a natural area of interest for the company.”

If Facebook is able to drive enough traffic to its listings, that would present a potential “gold mine of local advertising opportunities,” he told the E-Commerce Times. Offering special discounts or funding would be an additional way to help generate traffic in this area.

Angie’s List, another key competitor, is a subscription-based site that provides recommendations heavily geared toward home improvement providers, including plumbers, home contractors and exterminators. It also provides ratings on doctors, dentists and other service providers.

More than 3 million households use the service, and users submit about 60,000 reviews per month on various service providers. The company provides discounts to users for various services as well.

There is room for new competitors, Angie’s List said, pointing out that it provides more than just a good reference to small businesses.

“Consumers benefit most when there are multiple avenues for reliable information, and we welcome more of them to the market,” Angie’s List said in a statement provided to the E-Commerce Times by spokesperson Cheryl Reed. “We’ve been in this business for more than 20 years, so we have more depth than most, but we’re much more than a review site.”

The company provides guarantees on quality service and fair prices on e-commerce products for eligible members, it said.

Recommendations are a natural extension of Facebook’s service when you consider that the company is in the business of connecting people, said Kevin Krewell, principal analyst at Tirias Research.

“Facebook is probably laying low on the addition as it is experimenting with the best way to engage its user base,” he the E-Commerce Times. “In addition, as a homegrown and new recommendation service, it will take some time to build a useful list of recommendations.”

Google made a similar shift a few years back, he noted, when it folded local business recommendations and related advertising into its Maps application.