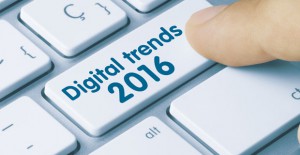 Next week is CES, and I am so looking forward to coming home from that show. It used to be a lot of fun, but it covers such a massive amount of space that just getting around takes up much of the time.

Given that most folks do prebriefings if they are smart, and that most of the really cool stuff is behind closed doors and not on the show floor, every year I question the intelligence of going. However, this year it does herald what should be a rather amazing year.

I’ll close with my product of the year. I thought long and hard about this one, as there were a lot of good contenders: Tesla’s SUV, Microsoft’s Surface, Hootsuite, Dell XPS 13, Lenovo Carbon, and the Linksys Mu-MIMO router, to name a few. It came down to which product set the best example, and my choice may surprise you.

The Year of Artificial Intelligence

2016 is looking like the year when we really see the impact of AI. That isn’t just because Elon Musk launched a startup with that in mind — it is also because so much of what we’ll be seeing around us has some advanced form of intelligence in it.

Examples include drones that automatically navigate around obstacles, the first viable self-driving car prototypes, IBM Watson solutions average people can use, and robotic vacuum cleaners that seem to think about the room and bounce around walls far less often.

By the end of 2016, I expect we’ll see a number of companies that are raised up because of their unique use of AI, and a bunch that either fail or are on the ropes because they didn’t see either the risk or opportunity until it was too late. I also expect that 2016 may be the first year when a major election is won or lost by the use of some intelligent system — just like the last ones were the result of better management of social media.

Your WiFi becomes obsolete in 2016 as phones that support MU-MIMO start showing up — and I expect laptops and tablets also will start arriving with this feature. This means a huge jump in bandwidth, particularly for those attending conferences.

The folks who have phones, tablets and PCs that don’t support it will be waiting even longer for their mail to download and their Web pages to load. This is good news if this is the year you typically replace your phone. If it isn’t, you are likely to wish it was.

It is going to be interesting to see which phone vendors do and don’t get how important the radio is to a smartphone buyer. It may even be time for you to consider that the aging tablet you thought would last you forever might need to be replaced.

The Internet of Things

Yep, you likely won’t be able to hide next year, as you suddenly realize everything you are seeing in the stores at the high end is fully connected. I’m not sure how much of this stuff really will make sense — but, in the end, you’ll see an Internet-connected option for everything from your smoke detectors and thermostats to your ovens and refrigerators.

Sadly, I doubt most of these will be MU-MIMO, which suggests you’ll likely have to think about replacing them again within five years. Anticipate a recommendation to hold off until the technology in these devices matches the new technology that is rolling out to market.

You’ll see the first big step to self-driving with enhanced cruise control systems that generally will keep you on the road most of the time while you’re on a freeway. Other than Tesla’s system, most of these will be obsolete within 18 months. That suggests you might want to save your pennies and avoid this option or avoid buying a new car until this technology is fully cooked in a couple of years.

I’m expecting most of the cars sold in this pre self-driving window to depreciate like they fell off a cliff, with the exception of Tesla models, because they’re designed to accept upgrades.

I expect we’ll see some interesting accidents as people ask limited self-driving systems to do things they weren’t designed to do, proving yet again that some of us are idiots.

Unless something dramatic happens, I think we are going to say goodbye to Yahoo in 2016. Its plan to raise money by selling off its stake in Alibaba fell through this year, and its large investors are now in an open battle with very different plans for Yahoo’s future.

None of these folks appear to have the critical mass needed to drive forward any of the plans focused on raising cash or massively cutting costs, however. The end result is likely to be the confused death of a company. I hope I’m wrong here, but it looks like the sharks are circling the body — and that doesn’t bode well for Yahoo’s future.

Dell/EMC is arguably the biggest technology merger in history, and it is in sharp contrast to HP’s breakup.

In 2016, we’ll get to see if Dell can pull off another miracle and create the biggest privately owned technology company in history.

If it pulls this off, it will have the most advanced customer loyalty program and technology forecasting programs under one roof and no drag from public investors, either in cost or decision making.

It should be kind of like what would happen if an F1 Car raced a NASCAR car. (Hint: The F1 car is much faster.)

Until this year, only Tesla seemed to get that the real electric car market was in the luxury segment. The problem, though, is that with gas dropping toward US$2 a gallon, the justification for an electric car has become far more difficult to argue.

If the Republicans win the presidential campaign — long odds at this point, I know — they are likely to kill electric subsidies, and the continued high cost of batteries coupled with the low cost of gas could kill off much of the segment.

If electric cars can survive 2016 on more than life support, then they are likely to make it until 2020, when they should be able displace gas cars broadly. If not…

This year Microsoft threw down the gauntlet with its excellent Surface 4 tablet, and really rubbed folks’ faces in its Surface Book — a stunning halo product. That hardly went unnoticed. In 2016, Dell, HP and Lenovo (among others) will bring to market their response and a fight over whether Microsoft or its OEM partners can build a better 2-in-1 PC.

This is a no-holds-barred fight, and the OEMs are pissed, which means we are likely to see some rather amazing products, including the Surface Pro 5 and Surface Book 2. The only certain winner is us, because we’ll get amazing choices we likely wouldn’t have seen otherwise.

Or maybe I mean the killer Dyson robotic vacuum. This product has been a long time in coming, and, on paper, it looks to be able to eat everything else in the market — including the new and smarter Roomba.

I doubt Roomba or Neato will be sitting this one out, so expect a robotic vacuum battle royal for your home — and let’s just hope none of them show up armed.

Wrapping Up: 2016 Should Be Amazing

We have a lot to look forward to in 2016: smarter cars, smarter tech companies, smarter wireless, and smarter appliances — which we may want to purchase wisely, because much of what will be in the market will be in massive transition, making decisions risky.

Those risks may get worse through the end of the decade — likely making a lot of Luddites look really smart.

That said, we’ll see some amazingly tempting things. From your PCs, tablets and smartphones to your smartwatches and smarter cars, you may find that by the end of the year, much of what you own is smarter than you are. Now isn’t that aggravating?

Every year I look for a product that seems both to tickle my fancy the most and to move the technology ball in a positive fashion. This year it was the BlackBerry Priv, which combined BlackBerry’s market leading productivity platform (hardware and software) with the massive Android app ecosystem, bringing back the heart of the old Microsoft “embrace and extend” strategy to create the most secure and productive smartphone on Android. Apparently it is so popular it sold out, and it popped BlackBerry’s stock. The Priv has been like a kiss of heaven, because it gives me all the things I missed in BlackBerry and the app support I had to have to operate my smarthome. Constantly having to locate an Android tablet or borrow my wife’s iOS device in order to use the gate and lights — or even operate the house sound system — was getting to be a pain in the butt.