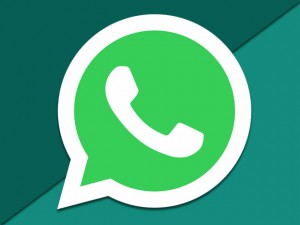 A Brazilian judge on Thursday lifted the ban a different judge had imposed on WhatsApp hours earlier, according to reports.

It did not seem reasonable to affect millions of users to penalize Facebook, WhatsApp’s owner, for failing to cooperate with judicial rulings, the judge reportedly said, suggesting that the imposition of a larger fine would have been more appropriate.

The ruling reversed the decision of a judge in Sao Paulo, Brazil, who on Wednesday had ordered the 48-hour suspension of WhatsApp services starting at midnight. The suspension was meant to penalize Facebook for ignoring two previous judicial rulings to turn over information in a criminal investigation. Facebook had refused to supply the data despite having been hit with a fine.

The temporary suspension of services spurred about 1.5 million Brazilians to sign up for WhatsApp rival Telegram Messenger, sparked outbursts in the Brazilian Congress, and inspired the sardonic “#In these 48 hours I will,” according to reports.

“We’re disappointed that a judge would punish more than 100 million people across Brazil, since we were unable to turn over information we didn’t have,” a WhatsApp spokesperson said in a statement provided to the E-Commerce Times by spokesperson Matt Steinfeld.

“I am stunned that our efforts to protect people’s data would result in such an extreme decision … . We hope the Brazilian courts quickly reverse course,” wrote Facebook CEO Mark Zuckerberg.

The Brazilian government wants to clamp down on the Internet and social media, according to media reports.

Some of the country’s telcos are similarly inclined, for their own reasons, but they’re opposed by the Brazilian telecommunications authority and at least one other telco, as well as by ordinary Brazilians, who reportedly pay through the nose for wireless services.

Leading Up to the Ban

The controversy that resulted in the ban stemmed from the case of a drug trafficker linked to the PCC, one of Sao Paulo’s most dangerous criminal gangs, who allegedly used WhatsApp in the commission of crimes.

Judge Sandra Regina Nostre Marques reportedly ordered the 48-hour shutdown of WhatsApp because of Facebook’s refusal to share data on the drug trafficker.

The ban affected not only Brazilians, but also users in nearby Chile and Argentina.

Facebook could not provide the information the court demanded, because WhatsApp’s uses a store-and-forward model, which means messages are deleted from its servers once they have been delivered.

Those messages can’t be retrieved from the servers, which essentially function as routers.

WhatsApp chats are backed up automatically and saved daily in the users’ phone memory storage. Users also can back up chats to online storage.

“Vivo, Brazil’s leading wireless operator has always been calling for heavy-handed regulation against WhatsApp because it considers WhatsApp and other over-the-top services are getting a free ride,” said Ronald Gruia, director of emerging telecoms at Frost & Sullivan.

The company’s stance “lines up with the position of the government, which wants more regulation for its own political interest,” Gruia told the E-Commerce Times.

“Its approval rating is about 10 percent, and it’s increasingly faced with scrutiny over various scandals, and a lot of the mobilization that’s been happening against it has occurred over social media, which it can’t control,” he said. “TV and radio it can control.”

Anatel, Brazil’s equivalent of the United States Federal Communications Commission, “says operators around the world are dealing with messaging apps, so Brazilian carriers must deal with it,” Gruia continued.

On the other hand, the ban on WhatsApp could have been merely an attempt by the judge to gain publicity, because “the judge probably knew the ruling would be struck down,” Gruia commented.

Given the climate of terrorism and the widespread unrest in the world, other governments, including the U.S. government, are taking the same position as Brazil’s, suggested Rob Enderle, principal analyst at the Enderle Group.

“It’s a shortcut to evidence, and one thing that’s true of pretty much everyone in any industry is that we all like shortcuts,” he told the E-Commerce Times.

However, Brazil’s social media might remain free for a while yet.

“There won’t necessarily be a clampdown, just more heavy-handed censorship,” Gruia said. “It’s a non-starter, and the government has bigger fish to fry.”